Liu Kuo-sung is an artist who hardly needs any more to be introduced. His reputation is well established in Asia, in America and in Europe. Authoritative art historians and critics have hailed his works. His paintings are sought after by collectors, art galleries and museums all over the world. It is very fortunate for us here to be able now to view his latest works. Such an event underlines the fact that Australia’s artistic life is emerging out of its provincial isolation and is becoming increasingly attuned to the international currents of culture.

Much has been written already about Liu Kuo-sung’s paintings. In the small space which is allowed to me here, I wish only to emphasize one or two aspects which I believe are of particular importance.

In Liu’s work we find a successful solution to the main predicament of 20th century Chinese painting: how to reconcile tradition and modernity, how to synthesize Western and Chinese aesthetics.

The uniquely Chinese quality of Liu’s brush and ink technique makes one better realize, by contrast the structural weakness common to all Western abstract expressionists: however enthralled by Chinese models, Western painters are utterly deficient in the calligraphic discipline with which Liu is thoroughly familiar, thanks to his impeccable traditional training.

Cultural influences are never mere one-way or one-time phenomena. They take place in endless chains of action and reaction. Without knowledge of the abstract experiments of modern Western painting, Liu might not have reached such freedom. And yet, abstract expressionism had itself developed from the stimulus offered by the calligraphic “hsieh-yi” style of Chinese classical painting, the free splashed-ink technique of Ch’an (Zen) painting, etc. Liu Kuo-sung did no more borrow from the West than he took back from the West what had originally been achieved by the genius of his own culture. 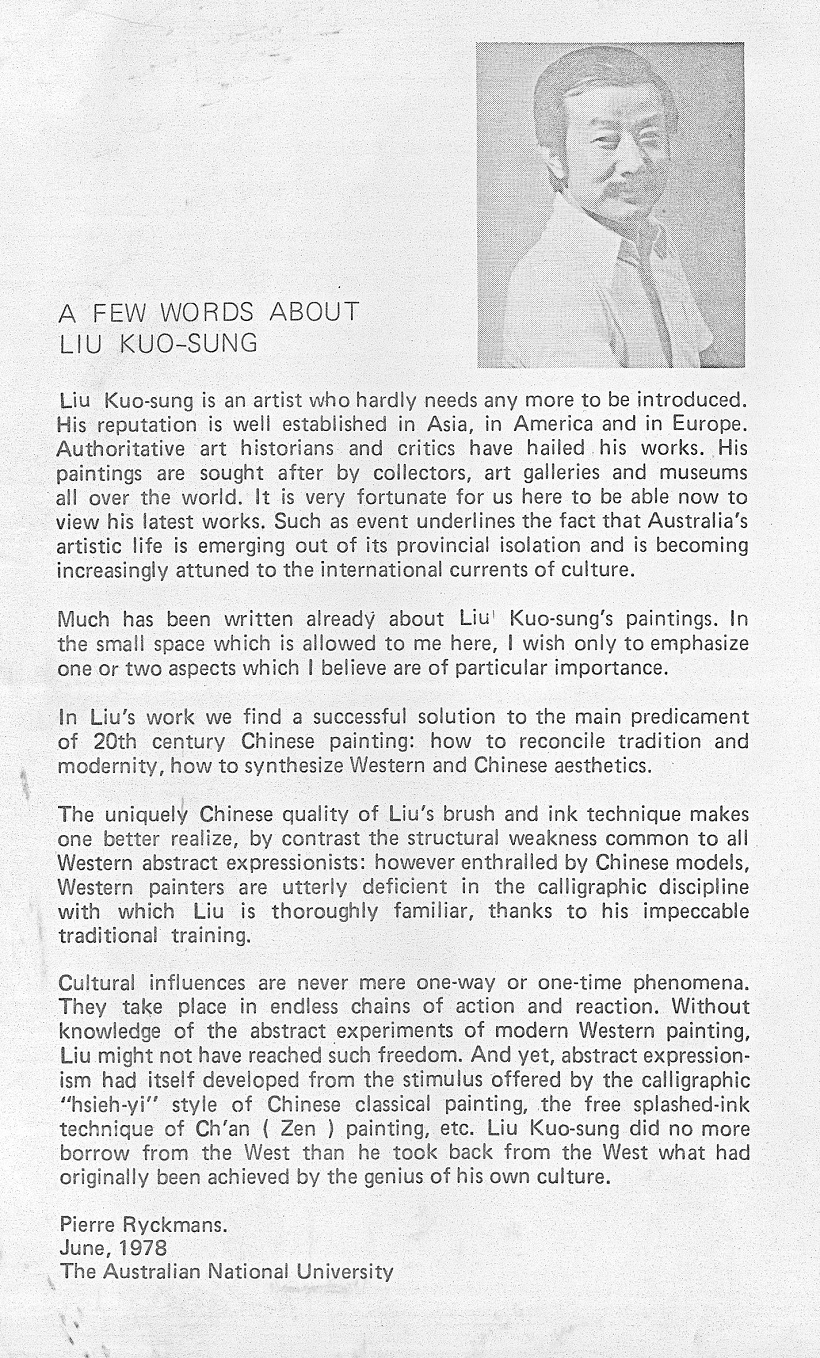